Earlier this year we realised that sometime around now we must be posting the 3000th Morning Bell! We began sending it out as a text message in 2008, converting it in 2012 into a visual image. In the next few months we’ll be returning to some of our earlier visual series, and sharing some vintage Morning Bells. Thank you for traveling with us, whatever the point at which you joined us.

This start to the 3000 series features a series of images and text originally  posted in September 2012. The photos for the series are a mix from Andrea Harding and Ian Adams, and feature the holy islands of  Lindisfarne and Iona. The text invites us to follow Jesus the Christ in the spirit and footsteps of saints of those islands such as Aidan and Cuthbert. The bell on the 3000 Morning Bells image is at Westcott House Cambridge.

Grace and peace to you for the ongoing journey…
Ian & Gail

There are various other ways to access Morning Bell each day:

If you find Morning Bell helpful please considering making a donation towards our work. Friends and supporters we are very grateful for all your help and encouragement! 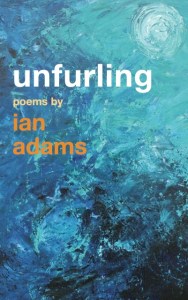 Ian’s latest collection of poems Unfurling is out now in paperback and e-format on Canterbury Press, also via your local bookshop, via Kindle and all usual online sources including Book Depository with free delivery world-wide.

This site uses Akismet to reduce spam. Learn how your comment data is processed.